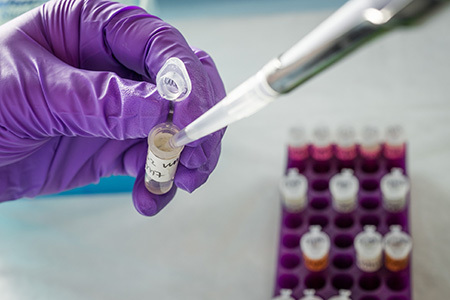 Embryonic stem cells are isolated from embryos. Their derivation requires the use and destruction of the organism at the embryo at its earliest stage of development (approximately five days after fertilization).

The interest in these cells is due to their ability to become any cell type in the individual. Mouse embryonic stem cells have been studied for decades, which have produced an enormous amount of valuable information on how an organism develops and how to manipulate these cells to become different cell types, discoveries that have also played an important role in studying regenerative medicine in humans.

Somatic cell nuclear transfer involves taking the cell from an individual (either a child or an adult donor) and transferring the nucleus, which contains the genetic information in the DNA and chromosomes, and inserting it into an egg. This egg is then stimulated, without fertilization, into an embryo.

It is possible, in principle, to transfer this embryo into a female’s body to initiate a pregnancy that will result in the live birth of an offspring that is genetically identical to the cell donor.

This technique (sometimes called “reproductive cloning”) was used to clone Dolly the sheep several years ago.

Alternatively, embryonic stem cells can be derived from embryos obtained through SCNT. Such cells would be nearly genetically identical to the donor of the somatic cell. This is sometimes called “therapeutic cloning.” Studies using these types of stem cells have yielded important insights into fundamental aspects of development and reprogramming.

Induced pluripotent stem cells are generated by taking somatic cells, such as skin cells, from a person and then introducing a small number of specific genes or molecules into the cells, which reverts them back into an embryonic-like pluripotent state with the potential to become any cell type in the body.

Thus, iPS cells do not result in the death of any embryos or require the use of unfertilized eggs. Initially, iPS cells were derived using viruses to express key genes to initiate reprogramming. furthermore, some of the genes introduced into the cells were also oncogenes (genes that can cause cancer.)

However, recent studies have reported the generation of iPS cells without using oncogenes or viruses. Although many studies have shown that iPS cells are very similar to their embryonic stem cell counterparts, slight differences do exist. Ongoing studies are examining if these are of any functional significance. Regardless, iPS cell technologies have already successfully been used to study fundamental aspects of development and disease. The first iPS cell-based clinical trials have already begun. 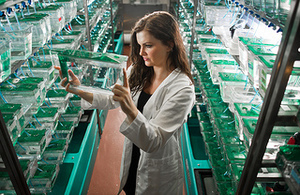