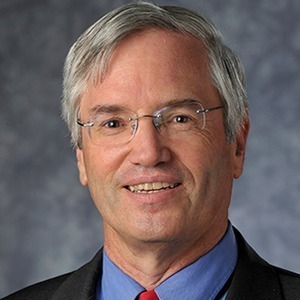 Single Cell Transfection: Biological function in a cell emerges from a complex network of molecules. To gain control of the cell and produce a predictable function, critical points in that network need to be regulated. In particular, the transcription factors that dictate cell fate are translated from less than one thousand transcripts in a cell. Thus, a method for conveying a biologically relevant number of distinct bio-molecules into a cell is required.  Yet, bulk gene delivery methods, such as electroporation and lipofection, require more than a million copies of an expression vector per cell. Thus, they are grossly inefficient, resulting in low viability that is likely due to nonspecific and non-uniform delivery.  We have established a single cell gene delivery system based on electroporation using a synthetic nanopore, that is not only highly specific and very efficient, but also transfects with single molecule resolution at low voltage (1 V), which could be used to control gene expression with unprecedented precision.  Using this tool, we are transfecting the somatic cells with plasmid-based vectors to produce induced pluripotent stem cells.  To accomplish this goal and to make it more practicable, a plasmid-based gene delivery system is being established that allows repeated transfection of plasmids into the same cell with single molecule precision.

Sequencing Single Protein Molecules: The primary structure of a protein, which consists of a sequence of amino acids (AAs), is a key factor that dictates how a protein folds and functions. We have shown that the sequence of AA quadromers in a denatured protein molecule can be detected using a pore with a sub-nanometer cross-section through a thin inorganic membrane, i.e. a sub-nanopore.  When a sub-nanopore is immersed in electrolyte and a voltage is applied across it, measurements of a blockade in the current, associated with the translocation of a protein molecule, reveal nearly regular fluctuations, the number of which coincides with the number of residues in the protein. Furthermore, the amplitudes of the fluctuations are highly correlated with the volumes occluded by quadromers (four AA residues) in the protein sequence. Scrutiny of the fluctuations reveal that a sub-nanopore is sensitive enough to detect the occluded volume related to chemical modifications of a single residue within a quadromer.  Thus, each fluctuation represents a read of a quadromer. Although the read fidelity is low, it is more than double the accuracy of electrical noise.  With sufficient coverage, this methodology shows prospects for discriminating proteins by informing on the sequence.

Tissue Engineering: Capillaries pervade human physiology. The mean intercapillary distance is only about 100 mm in human tissue, which likely indicates the extent of nutrient diffusion. In engineered tissue the lack of capillaries, along with the associated perfusion, is especially problematic because it leads to hypoxic stress and necrosis. However, a capillary is not easy to engineer due to its complex cytoarchitecture. We have shown that it is possible to create in vitro, in about 30 min, a tubular microenvironment with an elastic modulus and porosity consistent with human tissue that functionally mimicks a bona fide capillary using “live cell lithography”(LCL) to control the type and position of cells on a composite hydrogel scaffold. Furthermore, it is established that these constructs support the forces associated with blood flow, and produce nutrient gradients similar to those measured in vivo. With LCL, capillaries can be constructed with single cell precision—no other method for tissue engineering offers such precision.  Since the time required for assembly scales with the number of cells, this method is likely to be adapted first to create minimal functional units of human tissue that constitute organs, consisting of a heterogeneous population of 100-1000 cells, organized hierarchically to express a predictable function.