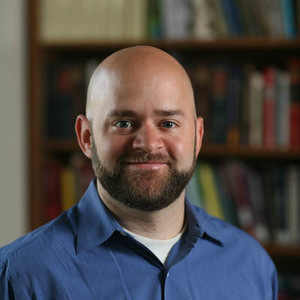 Notre Dame Associate Professor of Law O. Carter Snead, along with Professor Philip Sloan in Notre Dame’s Program of Liberal Studies and Graduate Program in History and Philosophy of Science, was awarded a $50,000 seed grant from the University’s Initiative in Adult Stem Cell Research and Ethics. The money will fund a project entitled “Theological, Scientific, Ethical, and Legal Aspects of Alternative Stem-Cell Research.” The project will culminate in an interdisciplinary workshop to be held next summer at Notre Dame, and is meant to be a precursor to a permanent interdisciplinary center focused on this topic.

Snead was recently named to serve as an expert for the Initiative. Says Snead, “the Initiative takes a comprehensive approach to stem cell research, exploring not only the relevant scientific and engineering questions, but attending to the ethical and humanistic matters as well. The research aims at the common good, and is conducted in a manner that respects the equal dignity of all human lives from conception to natural death.”

Adult stem cell research is actively pursued at Notre Dame. Adult stem cells are found in different tissues and organs throughout the bodies of animals, including the nervous system. The two most well known sources of adult/non-embryonic stem cells are bone marrow and umbilical cord blood. Notre Dame commits itself to never using embryonic stem cells in research to cure human disease. The University opposes the use and destruction of embryos on the grounds that it constitutes the unjust taking of innocent human life for the benefit of others.

“The Notre Dame Adult Stem Cell Initiative is a tribute to the uniqueness of Notre Dame as the nation’s premier Catholic research university,” says Snead. “Notre Dame, like other elite schools, is committed to scholarly excellence, interdisciplinarity, and the pursuit of cutting edge research. At the same time, these aspirations are shaped by and grounded in the University’s mission. The Initiative reflects this synthesis.”

A significant portion of Snead’s research and teaching centers around the ethical, legal, and social questions associated with stem cell research and related questions (such as human cloning). He has published numerous articles, both for scholarly and general audiences on these matters including: The Pedagogical Significance of the Bush Stem Cell Policy: A Window into the Nature of Bioethical Regulation in the U.S., 5 YALE J. HEALTH POL’Y, L. & ETHICS 491 (2005); Preparing the Groundwork for a Responsible Debate on Stem Cell Research and Cloning, 39 NEW ENG. L. REV. 701 (2005) (Keynote address for 2004 Symposium, “Bioethics: The Current Stem Cell Research Debate”); A Comparative Analysis of E.U. and U.S. Funding Policies for Embryonic Stem Cell Research: Details, Aims, and Effects, 4 QUADERNI COSTITUZIONALI 834 (2007); Bioethics and Self-Governance: The Lessons of the Universal Declaration on Bioethics and Human Rights, JOURNAL OF MEDICINE AND PHILOSOPHY, 34: 204-222, 2009 doi 10.1093/jmp/jhp024; Public Bioethics and the Bush Presidency, 32 HARV. J. OF L. & PUB. POL. 867 (2009); and Public Bioethics, Science, and the Problem of Integration, _ U.C. DAVIS LAW REVIEW _ (forthcoming 2010).

Aside from teaching and research, Snead’s professional service has also focused heavily on the question of stem cell research. Prior to joining the faculty of Notre Dame, he served as General Counsel to the President’s Council on Bioethics (a White House advisory body), where he advised the Chairman and Members on the legal and public policy dimensions of stem cell research and human cloning. From 2004 to 2005, he led the U.S. government delegation to the United Nations Educational, Science, and Culture Organization (UNESCO) in the negotiation of the Universal Declaration on Bioethics and Human Rights (adopted in October 2005).

Snead recently concluded his service as Permanent Observer for the U.S. government at the Council of Europe’s Steering Committee on Bioethics (CDBI), where he assisted in the development of international instruments and standards relating to stem cell research, among other things.

Currently, Snead serves as a member of UNESCO’s International Bioethics Committee, a 36-member body of independent experts who advise member states on bioethical questions. It is the only bioethics committee in the world with a global mandate.

Snead serves as Chairman for the Stem Cell Research/Bioethics Working Group of the New Federal Initiatives Project for the Federalist Society. Finally, he is a Fellow of the Ethics and Public Policy Center in Washington, DC.

To learn more about Professor Snead, visit his webpage.