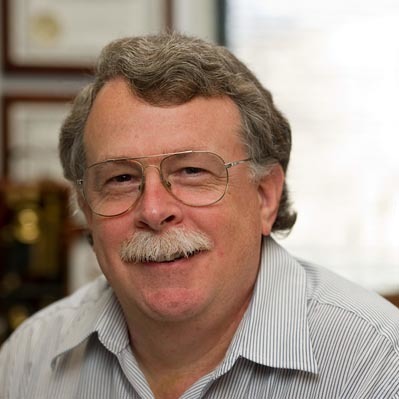 President Obama’s decision to sign an executive order Monday easing restrictions on federal funding for embryonic stem cell research comes on the heels on an announcement last week in the journal Nature of a promising alternative to embryonic stem cells. Research by University of Notre Dame biologist Malcolm J. Fraser Jr. provided a crucial key in establishing the practicality of the alternative method.

Stem cells are the body’s master cells, producing all of its tissues and organs. They offer hope for regeneration of tissues and even organs and for curing many diseases.

In the new technique, a team of Canadian and Scottish scientists used a movable piece of genetic material called “piggyBac,” which was discovered and patented by Fraser, to coax skin cells of mice and humans into a state that appears biologically identical to embryonic stem cells.

Researchers have know for some time that ordinary skin cells can be transformed into iPS, or induced Pleuripotent Stem cells, which behave like embryonic stem cells, through the insertion of a handful of genes into the skin cells.

Japanese scientist Shinaya Yamanaka announced in 2006 that he had reprogrammed ordinary skin cells into stem cells capable of growing the heart and brain as well as other tissues. His method used a virus to ferry four genes into the genome of the skin cell. However, the viruses used in the method also may carry dangerous contaminants and raise the risk of cancer.

PiggyBac is a piece of DNA known as a transposon that can insert itself into the genetic machinery of a cell. In the new method, the Canadian and Scottish researchers used Fraser’s discovery to carry four genes that can transform mouse and human skin cells into iPS cells. Once they reprogrammed the cells, these genes no longer were required and could be removed. The reversibility and precision of piggyBac’s movement makes this possible, leaving no traces behind and avoiding the risk of abnormalities.

According to Fraser, the use of piggyBac to deliver the reprogramming genes is technically easier and eliminates the need for specialized containment facilities required for viral vectors. Because the transposon is a purified piece of DNA, the introduction of potential contaminants from tissues derived from other sources is avoided. In addition, piggyBac has demonstrated reversible mobility in a wide range of somatic cell types, making it useful for a variety of tissues.

As for the origin of the name piggyBac, Fraser first identified this transposon as an insertion of DNA in a mutant Baculovirus genome. These viruses infect certain species of agricultural pest insects, such as the cabbage looper, from which piggyBac originated. A colleague reviewing one of Fraser’s papers suggested that the original designation for the insertion, IFP2, would never draw attention to the significance of the discovery. Since the transposon inserted into infecting Baculovirus genomes was then carried around in the viral genomes, Fraser coined the name piggyBac for this promising transposon insertion.

Fraser’s studies in Notre Dame’s Laboratory of Molecular Virology merge research into molecular virology and transgenic engineering with the goal of advancing applications that favorably impact the human condition. A major thrust of his research is the utilization of molecular approaches to understanding and manipulating virus genetics in ways that permit beneficial transgenic alternation of the hosts to resist a given virus. He currently is exploring novel ribozyme approaches for the suppression of Dengue virus in transgenic mosquitoes and for combating chronic human virus infections such as HIV and Hepatitis C.

Fraser is the recipient of a $2.5 million grant from the Global Challenges in Global Health Initiative for a program to develop a new approach to controlling Dengue fever.

Originally published by William G. Gilroy at news.nd.edu on January 10, 2009.