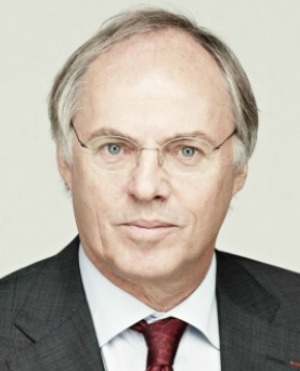 Hans Clevers obtained his MD degree in 1984 and his Ph.D. degree in 1985 from the University Utrecht, the Netherlands. He worked as a postdoc (1986-1989) with Cox Terhorst at the Dana-Farber Cancer Institute of the Harvard University, Boston, USA.

From 1991-2002, he was a Professor in Immunology at the University Utrecht and a Professor in Molecular Genetics since 2002. From 2002-2012, he was the Director of the Hubrecht Institute, Utrecht. From 2012-2015, he was the President of the Royal Netherlands Academy of Arts and Sciences (KNAW). Professor Clevers began serving as the Director of Research of the Princess Maxima Center for pediatric oncology in June of 2015. He is the recipient of multiple awards, including the Chevalier de la Legion d'Honneur (2005), the Knight in the Order of the Netherlands Lion (2012), and the National Academy of Sciences of the USA (2014).

A reception will follow in the Jordan Hall of Science Reading Room.